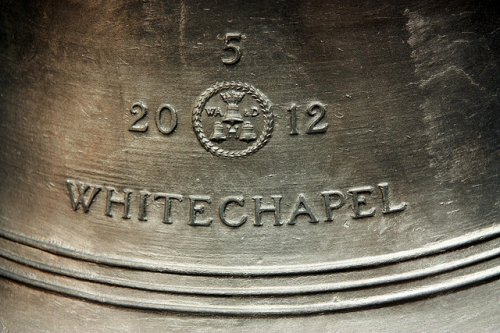 Back in the 19th and early 20th centuries, the area of Whitechapel was the centre of the Jewish community and has since become known for the Jack the Ripper murders which took place in the late 1880s. Nowadays, the area is famed for its curries and pop-up bars and restaurants.

Although the area was heavily bombed in The Blitz, some amazing original buildings still exist, such as The Royal London Hospital (where you can find an exhibit about The Elephant Man, John Merrick who was 'displayed' in a shop along Whitechapel Road), plus the Whitechapel Bell Foundry, where the bell which is known as 'Big Ben' was made.

The east end still offers some of the best value properties within easy commuting distance of central London (especially for those working in The City or Canary Wharf), with fantastic transport links (central, district, Hammersmith and City, London Overground, numerous frequent bus routes plus the Cycle Superhighway for those wanting to get around on bike) into town.

It would be impossible to mention the Whitechapel area and not mention curries! Since the latter half of the 20th Century, the area has been a popular settlement for the British Bangladeshi community who made Brick Lane famous for its spicy dishes. However, one of our favourite destinations, if you want the best lamb in town, is Tayyabs on Fieldgate Street. A few minutes' walk from Brick Lane, this go-to restaurant has been serving up some of the best North Indian dishes since 1972. You may have to queue but it's seriously worth the wait. If the queue is unbearable, check out Needo Grill around the corner on New Road (opened by a former Tayyabs' manager about ten years ago). Equally good food but a little more cafe/plastic tables in nature.

Indo just opposite the East London Mosque offers a 'local pub' feel for residents. Plus their pizzas are absolutely fantastic and great value. Open late with live music some evenings.

The Urban Bar (once famed for its resident snake!) is a favourite of the local doctors and nurses. Serving up Caribbean roasts at weekends and well-known for salsa classes and music nights.

The Discount Suit Company on Wentworth Street has been labelled as one of London's 'worst kept secrets'. Head here for classic cocktails and great cheese boards.

If you're looking for live music, try Apples and Pears just off Brick Lane - from acoustic, to jazz to rock and pop with great quirky cocktails and a great little garden for the summer evenings.

Another 'classic' of Whitechapel is The Blind Beggar, where one of the Kray twins famously murdered George Cornell, an associate of the rival Richardson gang, in front of witnesses in 1966.

Getting out and about in Whitechapel

The Whitechapel Art Gallery has to be one of the area's best venues. A beautiful building providing an oasis of calm from the busy Mile End Road. The gallery is free to wander around, with a huge range of monthly exhibits from Eduardo Paolozzi to First Thursday late night openings.

One not to miss...The Genesis Cinema. Showing a wide range of films from art-house classics to recent releases, and only £4.50 every Monday and Wednesday! If you're looking for a bit more luxury, check out their Studio 5 which has sofa-seating and an in-screen bar area.

Whitechapel's postcode is E1 which covers Aldgate, Stepney and some parts of Shoreditch and Spitalfields. Rental prices can be £200 a month cheaper than those in Shoreditch. Some of the best roads to keep an eye out for are: Leman Street, Goodman's Fields and Princelet Street. The introduction of Crossrail is bound to cause a hike in houses along its route, so it's worth knowing that Whitechapel sits in the heart of its development.