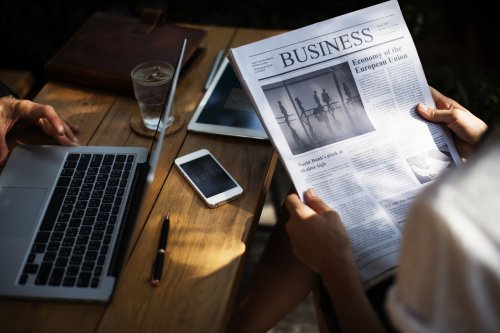 A Trip Down Memory Lane

A trip down memory Lane with Jason from our New Homes Team.

At the risk of sounding a bit old here, I thought I’d have a reminisce about how much has changed compared to how things were when I first started in Estate Agency many moons ago. A lot of people will find this hard to believe but back then there was no internet so no emails, no Google, no Rightmove, and no Zoopla. There were no mobile phones and no digital cameras. No one had computers on their desks as there was nothing much to use one for. They were mainly used as word processors for typing and then printing. The property register was a file with individual sheets with each property’s information on it and all the applicants’ details were written onto little cards that you kept in a plastic box.

The only ways to find a property to rent or buy were either traipsing up and down the high street and going into each estate agency office, searching for “For Sale” or “To Let” boards or buying the local newspaper which contained page after page of properties. This also meant actually having to visit a specific area as you could only get the paper from a local shop, of course. Another source of properties was a paper called “Loot” which was a bit like the printed equivalent of Ebay or a car boot sale, just full of small ads. This came out every day and people would advertise all sorts of weird and wonderful things. It was the go-to place for flats to rent and if you didn’t get it first thing in the morning and get on the phone you’d probably find that the property you wanted had already gone to someone that much quicker than you.

For larger more expensive properties and ones for sale, individual sheets had to be printed out and then sent in the post to prospective purchasers or tenants so it could take two or three days to receive the information. This wasn’t very useful for renting as by the time you got the details the place would have probably already gone. As there were no digital cameras we had to take the photos on a film camera. This involved a film processing company coming to the office each day, collecting the roll of film and then returning the next day with a packet of photos which we then had to stick onto the property detail sheets, one by one. Also, it wasn’t until you got the photos back that you could see if they’d come out ok. Sometimes they’d be too dark or too light. There was no Photoshop or anything like that.

Another thing that no-one had when I first started was a mobile phone. I can’t remember when they first became popular but in those days everyone had a landline phone at home so the only way of getting hold of anyone was when they were at home or at work. If people wanted to call you while they were out and about they had to use a phone box. Although you rarely see those anymore there were loads of them back then. There was no sat-nav or Google Maps back then so in order to find your way round you had to have an “A-Z”, a little book of printed maps. With a combination of having to rely on reaching someone when they were near a landline phone and that there was no such thing as email, you have to wonder how we ever got hold of anyone. You certainly did not have the instant communication that we take for granted these days. Somehow it did seem to work though. More people had answering machines so you could leave a message (we didn’t refer to it as voicemail) and strange as it now may seem, a lot of people had fax machines at home.

Despite all of the above people still bought and sold properties and they still rented them. Things weren’t worse back then, they were just different. Don’t get me wrong, I wouldn’t be without my mobile, my iPad, my digital camera and all the other things that we now almost take for granted. I must admit though that sometimes when I come into the office and look how many emails have built up in my inbox I do yearn for simpler times!

Whoever thought that vinyl records would make a comeback?!

Tenant Fee Ban - what does it mean for me?

A quick overview of the Tenant Fee Ban as is it looms ever closer!

All of our tenants receive a personalised link when they move in introducing them to their property manager. Here we meet Hollie, who has been with us for almost two years. Hollie looks after some ...

Your Valuation in the region of...

Whilst this instant valuation provides a guideline, your local Paramount Properties property expert will be in touch to provide a more accurate valuation taking into account improvements to your property, the local market and more.

Recently sold in the area

These properties near you were sold recently.